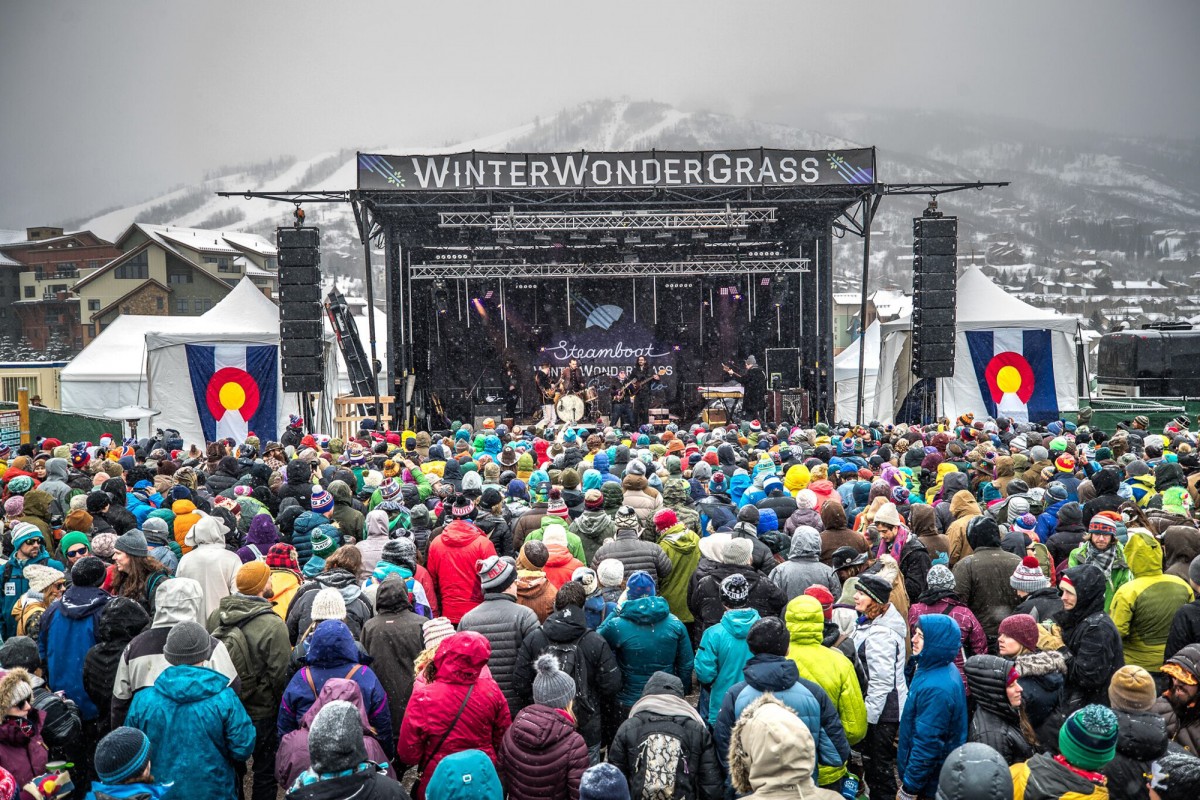 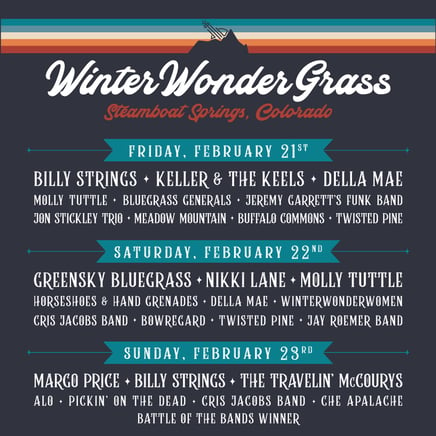 WinterWonderGrass, Steamboat's very own music festival, has released the daily lineup for the event. The festival takes place February 21st - 23rd and features acts such as Greensky Bluegrass, Keller and the Keels, Travelin' McCourys, and more! Additionally, the festival recently stated that Billy Strings will be headlining the main stage on both Friday and Sunday night. It was also announced that the winner of the the January 11th Battle of the Bands competition in Denver will play a set at WinterWonderGrass on Sunday afternoon. In addition to the music, the festival has a kids zone, VIP lounge, coffee and cocktail bars, food trucks, and daily complementary beer samplings for attendees 21 and older.