Win Tickets to Toots & The Maytals

Win tickets to Toots & The Maytals through the Zephyr's summer ticket hookup! The band will be performing on July 26th at the Vilar Performing Arts Center at 8 p.m. (with pre-show events starting at 6 p.m.) To enter into the running for tickets click on the "Summer Ticket Hookup" option at the top of the page. 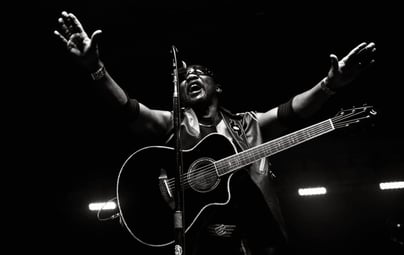 Toots & The Maytals have had a Guinness world record breaking 31 #1 hits in Jamaica; a world record by any artist to have that many #1 hits in a country! During their performance at VPAC Toots will be play his hits accompanied by a 6-piece band and 2 backup singers.

As a true architect of reggae, Toots and his group's 1968 single, "Do the Reggay," is credited with giving the genre its name. In addition to this great feat, Toots and the Maytals was featured in the 1927 groundbreaking film, "The Harder They Come."

Their TRUE LOVE album includes all-star guests ranging from Keith Richards and Eric Clapton, to No Doubt, the Roots, and Phish's Trey Anastasio. Aside from these featured artists, Toots and the Maytals find their  own light through their unique sound, which is filled with soul and rooted in gospel. Additionally, Toots will be putting out a new album this summer.