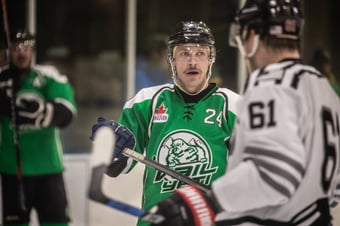 Cheer on Vail's Yeti Hockey team this season as they celebrate their 7th year at Dobson Arena. This season, the Yetis will face competition such as the Breckenridge Vipers, Boulder Bison, Aspen Leafs, and more.

To kick off the new year, the team will be hosting the defending Black Diamond League Champions, the Sun Valley Suns, on January 3rd and 4th, with both games starting at 7:45 p.m. The Friday night game celebrates Colorado Ski Towns, with "Hat Night." The following weekend the team take on the New York Fire Department for "First Responders Weekend." The Yetis also face the Breckenridge Vipers, for the second time this season, on January 17th-18th, and the Texas Titans January 23rd and 24th.