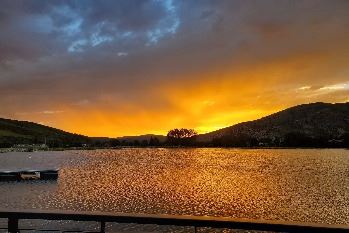 Avon, CO – The Town of Avon will host two artists at the final SunsetLIVE! of the season on September 5th on The Terrace behind the Avon Performance Pavilion. Following a day of aquatic sports on Nottingham Lake, this special SunsetLIVE! is part of Avon’s weekend-long Summer’s End festivities.

Turntable Revue, 3:00 p.m. to 5:00 p.m.: Joe Bianchi and Terry Armistead, brother and sister duo grew up playing music together...both their parents are musicians, so evenings were spent playing guitar and singing. The TV didn't work so well anyway. Jeff Armistead is on the keyboards. Not only is he Terry's husband, he is also the keyboard player for Bonfire Dub. Jeff is one of the most unique keyboard players around having grown up in Detroit and mixing that with the sounds of New Orleans.Brian Loftus is on the drums. Drummer to famous Jazz musician Tony G, this is a drummer that you will notice! Bob Masters – Bass

Robby Peoples Band, 5:30 p.m. to 7:30 p.m.: Robby Peoples was born in Jackson, Mississippi. His childhood was steeped in the Delta blues tradition and oozes out in his lyrics about hardship, family, women, and booze. His storytelling is only ousted by his fiery harmonica playing which has allowed him to share the stage with Leon Russel, Black Joe Lewis, Delbert McClinton and more. Make no mistake, though, Robby Peoples is as rock and roll as Elvis Presley and as American as a Chevrolet.

Transportation & Parking: The use of public transportation is encouraged, as well as walking or riding a bike to the park. Free parking is available.