Rebecca and Chuck Grove stopped by and talked with Weez today to share the amazing story of one of the Doc Dog favorites, Django. 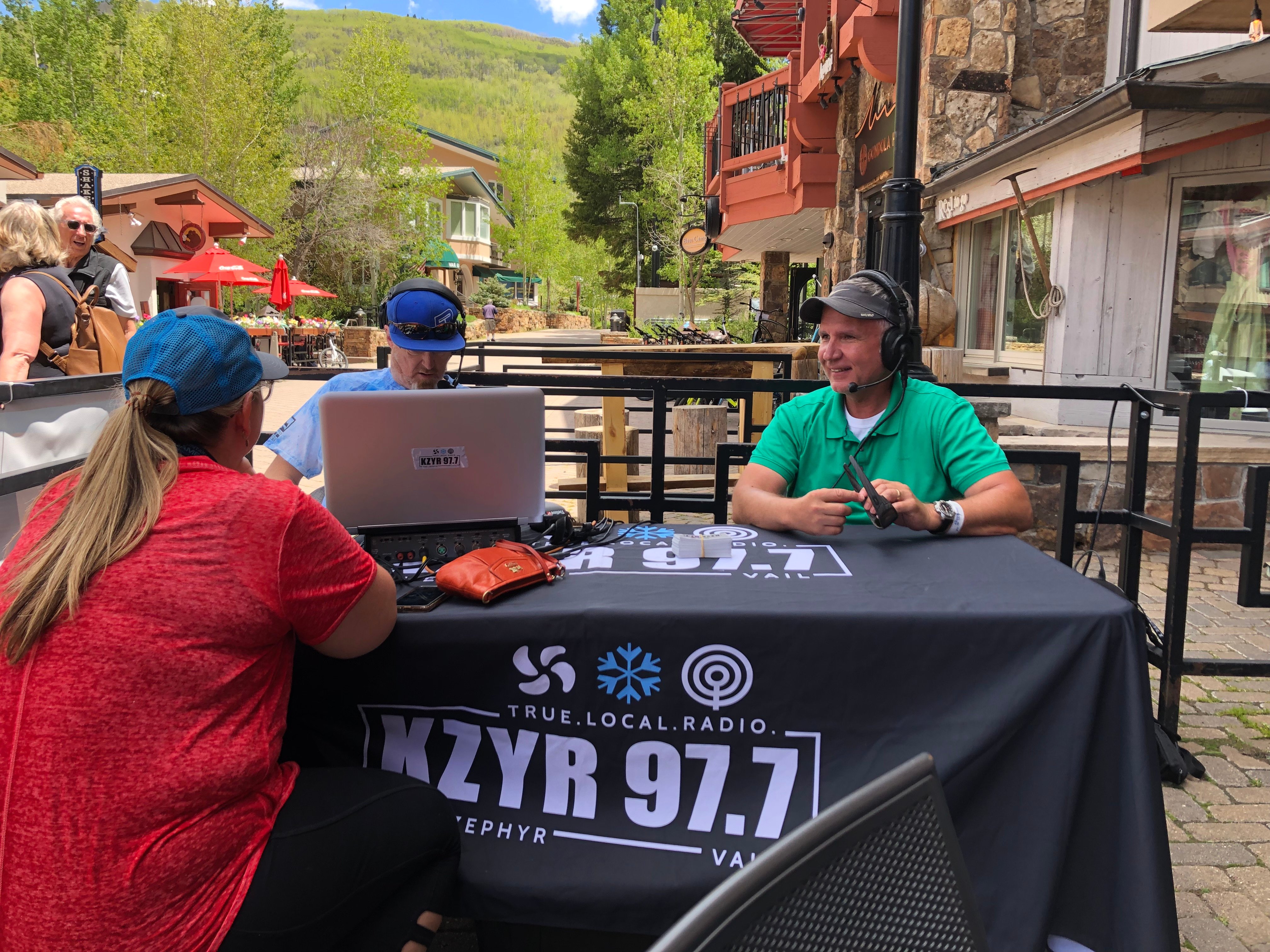 Below is the story on the Go Pro website.

One dog, and his fiery cape, are inspiration for us all

Django is a seven-year-old pit bull mix who Rebecca Grove and her husband adopted when he was a year old. He doesn’t wear the Superfly suit (just) because he’s a superhero, but to protect him from sunburn. Specifically, it’s to protect the massive burn scar that runs along the length of his back.

He had wandered into someone’s yard in Atlanta, Georgia, and that person had turned him into an animal shelter, where he was fostered by a family from whom the Grove family had previously adopted another dog. Nobody knows for sure how his burn injury befell him, but everyone suspected it was the result of severe abuse.

“We followed his rescue story,” Grove says. “When we first found out about him, we had no intent of adopting him. Then we realized the care he’d need as he aged.”

When Django first arrived at the shelter, in addition to the terrible burn scar, he was emaciated and tested positive for heartworm. He had to undergo cold laser surgery to close the scar, and afterward it would require lifelong treatment and protection from the sun.

Django’s foster family drove him to a dog competition in Maryland to make an introduction with the Groves, who were there competing with another of their dogs.

“At our first meeting, he was very curious. He was just overwhelmed, definitely a little timid. He hadn’t been able to do much in the world,” Grove says.

They couldn’t resist but take him home.

“He was really sweet,” Grove says. “You could tell he was going to be active. A very active dog is not for everybody, but when you’re in dog sports, you look for that. We were in the process of moving to Georgia and we knew we’d have a nice big yard. We saw a lot of potential in him, even if he needed a lot of confidence-building.”

It took Django a bit of time to come out of his shell. Being surrounded by a family who loved him helped a lot as well as discovering an activity that he slowly grew to love.

“It took three summers for him to figure out that he liked water. The second summer, he could swim and that third year, he did take his first jump off of the dock,” Grove recalls. “It took a lot to get his confidence going. For DockDogs, what it really takes is a strong toy drive. Django didn’t have either one of those [confidence or a toy drive] when we first got him. He just didn’t have exposure to that in his previous life. He learned by watching our other dogs.”

Django’s key influence and mentor was one of his adopted brothers, Duke, who the Groves picked up from the shelter at four months old and who dove into the pool the first time he saw it. His passion and drive slowly rubbed off on Django. You could say it gave him a sense of purpose.

“Dogs live in the present. Django LOVES competing now,” Grove says. “He absolutely loves it. What dock diving has done for him is increase his focus and confidence. Dogs really love to work, whether it’s working as a service dog or protecting someone. This has given him that job. He sees the pool and the dock and it makes him very happy.”

Grove and Django (plus her husband with Duke) made their Vail debut at the 2018 GoPro Mountain Games. Django, though a bit of a late bloomer, is on the fast track now, learning extreme vertical and learning to compete in three-discipline Iron Dog contests. He was invited to compete in the Dock Dogs World Championships in Nashville last October and finished an impressive sixth.

“That was really awesome to have that moment with him,” Grove says. “He’s not a spring chicken – he’s 7 years old, but he’s still learning. Our goal this year is to continue getting better and better.”

For Grove, more satisfying than any great performance is the deep, almost telepathic connection she shares with Django.

“It’s really that bond you share that’s so rewarding,” she says. “It’s just the two of you. It’s amazing how locked in you get into what both of you are doing, to find that muscle memory together as a team. I mean, he is a dog, but he knows my movement patterns and idiosyncrasies better than I do.”

The Groves both grew up with numerous pets and are parents to seven dogs. They are passionate about rescue.

“We’ve taken dogs that might have a hard time being adopted. It might not work for all families, but it works for us,” Grove says.

While Duke served as a dock diving mentor, Django, “has been able to play it forward” by teaching his younger adopted siblings the tricks of the trade. Although he occasionally exhibits vague lingering effects of the abuse he suffered as a young dog – stiffening his back and hanging his head – and wears sunscreen on his burn scar as well as his custom-made Superfly suit for competitions, Django, by all appearances, is living his best life.

“You see the resiliency and the forgiving nature of dogs,” Grove says. “It’s amazing. He’s one of the most loyal dogs we’ve ever owned. He’s such a sweet and loyal boy.”

Keep an eye out for Django and his brother Duke this June at the 2019 Mountain Games.